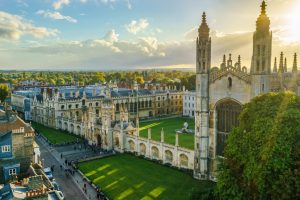 AWG plc is based in Huntingdon. The RAF has several stations in the Huntingdon and St Ives area. RAF Waterbeach, 6 miles north of Cambridge, is a former RAF airfield, now used as an army barracks and RAF Alconbury, 3 miles north of Huntingdon. Most of Cambridgeshire is agricultural. Close to Cambridge is the so-called Silicon Fen area of high-technology (electronics, computing and biotechnology) companies. Other major companies include ARM Limited based in Cherry Hinton, pharmaceutical giant AstraZeneca, Marshall of Cambridge (Holdings) Limited, Hilton Food Group PLC, BHL (UK) Holdings, Vindis Group Limited, and Aveva Group PLC to name a few.

Why choose us for your taxi to or from Cambridgeshire?